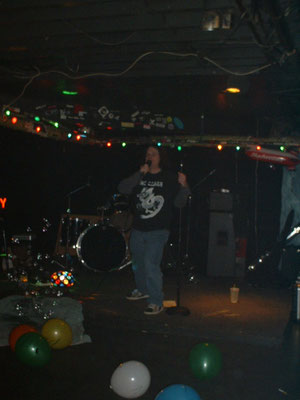 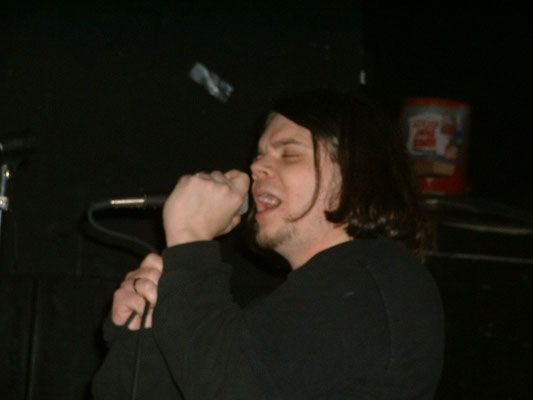 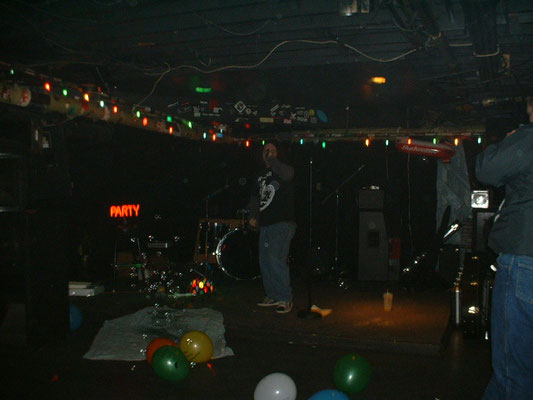 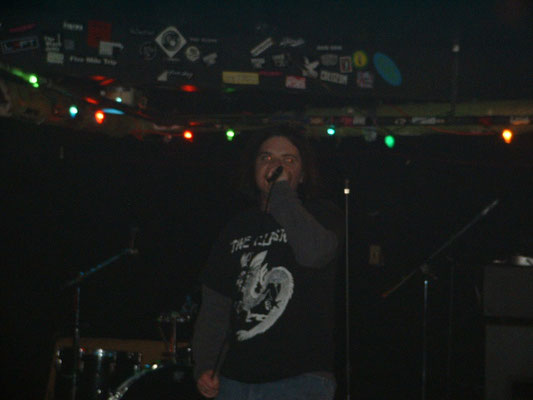 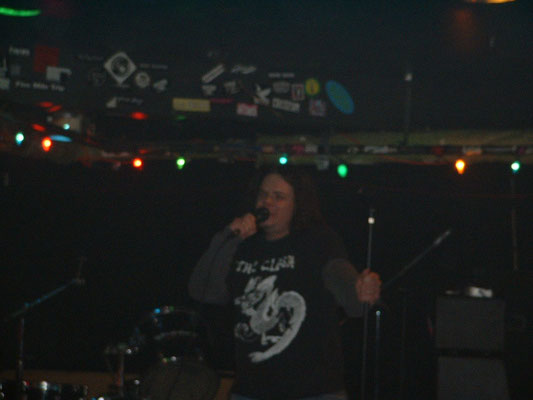 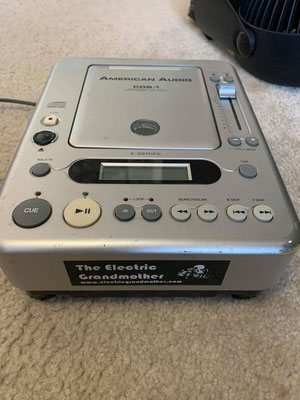 This show marked the beginning of the end for the tabletop CD player. I wasn’t sure if I still had it, but here it is, complete with the first EG sticker there on the front featuring one Mr. Steven Q. Urkel. We had originally thought that the PA at Cafe Bourbon Street had caused our severe audio issues at show #3, but this show proved otherwise. I had mentioned that this player had been subject to skipping/getting “shocked” by signals from the PA, but I’m wondering now if those may have just been audio issues in general, because I feel like this might have been the first incident where the music would stop and start playing? The answer, my friend, was blowing on the stage that night.

The girl who booked at Bernie’s during this time dug what we did at the last show, and invited us to be on this gig with a New Jersey hardcore band called Kill Crush Destroy. A Google search indicates that this show was on a Tuesday night, which explains why Mary Alice had asked if we could leave early. We hatched an idiotic plan to ask whoever was running the door if we could have our cut of the money before the end of the show, and I can’t remember what he said, but I remember him seeming nonplussed.

We went on first, and the player began fucking up right away. I remember getting frustrated, and at one point pantomimed shoving the microphone stand up my ass. I think we did about 5 songs and then gave up. Our lone friend who witnessed the performance remarked “That was cool, kind of a GG Allin show.” While we were getting off the stage, we met the guys in the next band Vaudeville, who we got to know and played with in the future. That was all we accomplished that night, because we fled the scene in embarrassment. We didn’t ask for any money.

Mary Alice: Oh my I have zero memory of this show! Except that I vaguely remember being super pissed that the show conflicting with something I wanted to watch on TV, which sounds really really dumb except when you consider that we didn’t have DVR at the time. Taking that into account, it’s just really dumb. In fairness to me, I think I was concerned that we were playing two shows at Bernie’s back to back and nobody would come see us and I was right about that.

All that said, reading this was appalling.