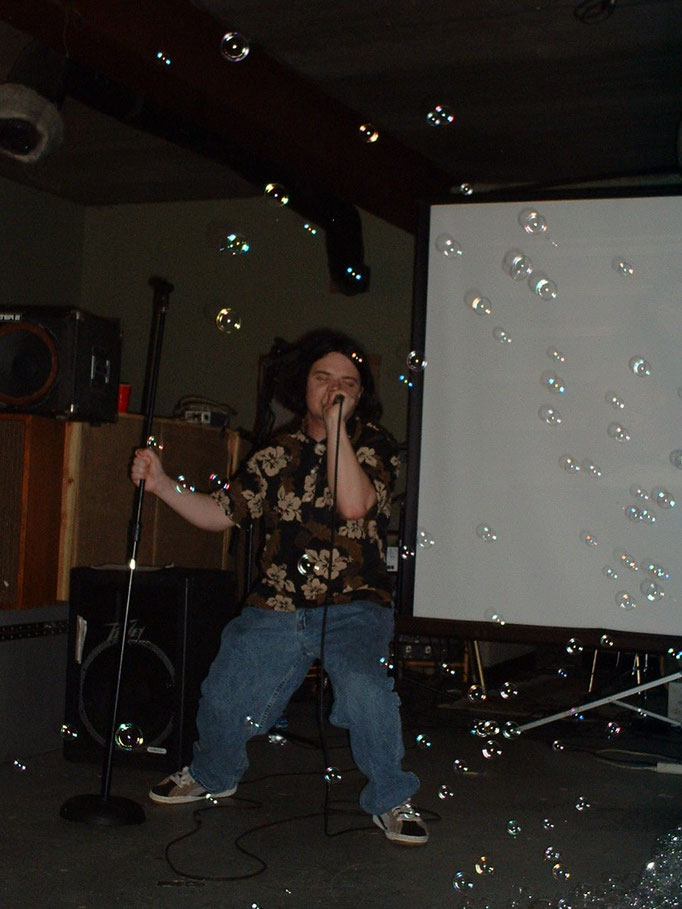 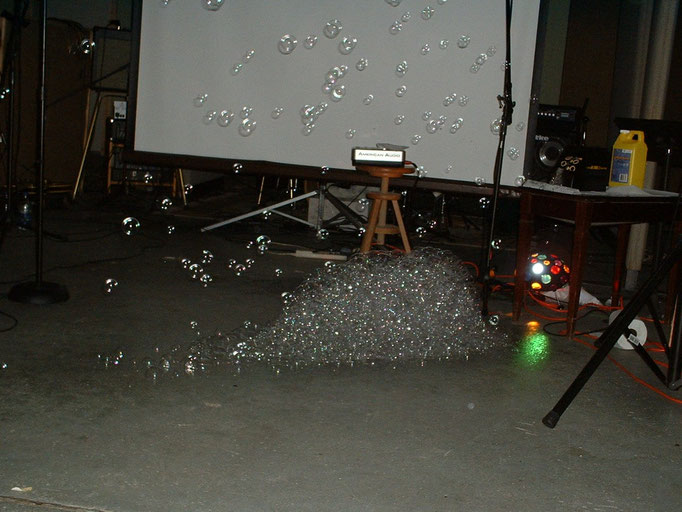 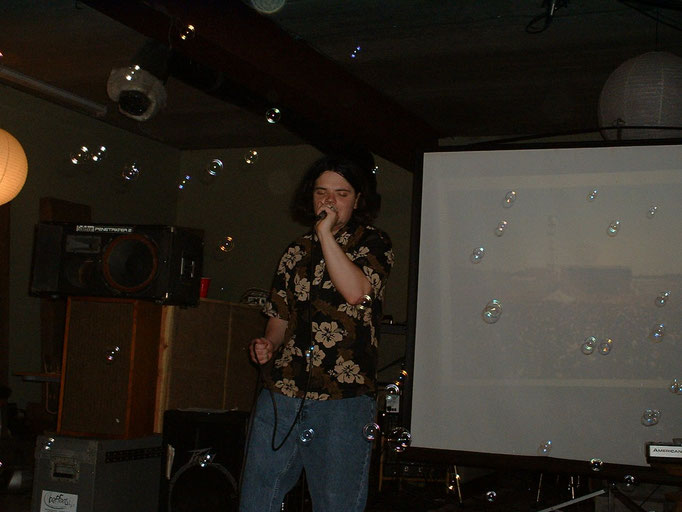 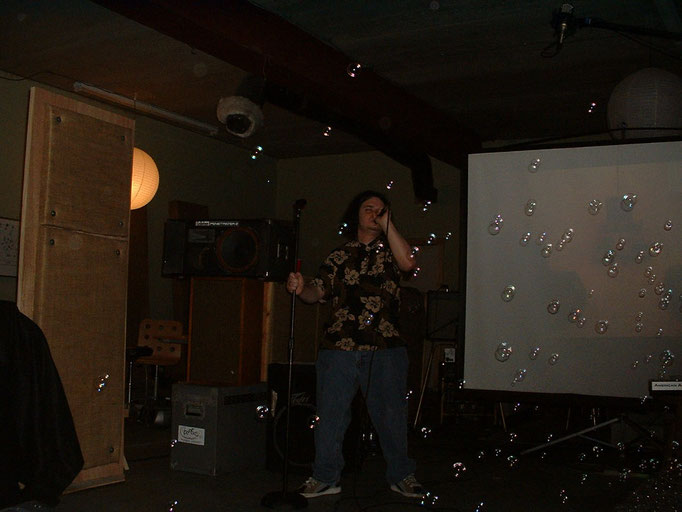 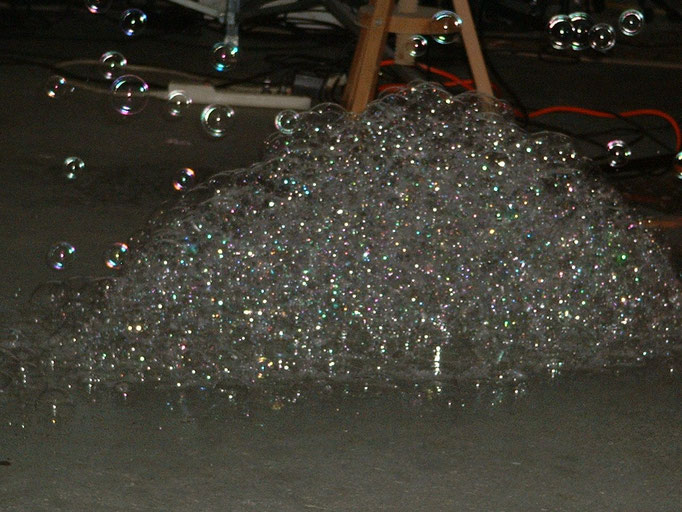 We got set up with our first Columbus show at the studio where we had our 2004 album “Sin City Sex Mix” mastered. Our friend Jason ran the studio, and he and our friend Colin helped us get set up for the night. While we were setting up, Colin accidentally knocked over and shattered this red neon sign that we had that said “PARTY.” (I believe we had it replaced after only to have the same sign shatter again) We got some solid attendance from Mary Alice’s grad school cohort at OSU, and a few other people saw us that night that we eventually became friends with. One of these people remarked to me at a later date that she thought we were “the joke” before the real bands came on.

I’m wearing an Aloha shirt in these photos, something I briefly carried over from my time as the vocalist for Upchuck Berry, Columbus hardcore punk legends that broke up after two shows. This second show was the last time we performed the song “Dance Party,” a song that’s mostly Saved By the Bell samples, because we felt it was a bit awkward and disrupted the flow of things. As you can see, the bubble machine was in full effect, leaving the studio floor a greasy mess. I remember it being a solid show, even getting people to wave their hands in the air back and forth to the pumping dance beat of “Danny Tanner Had a Wife.” We became good pals with Bryan from Debaser, who performed at our very next show. Chris McCoy was very tall, and I admit that we wussed out and left before his band went on. We didn’t quite know how things worked yet.